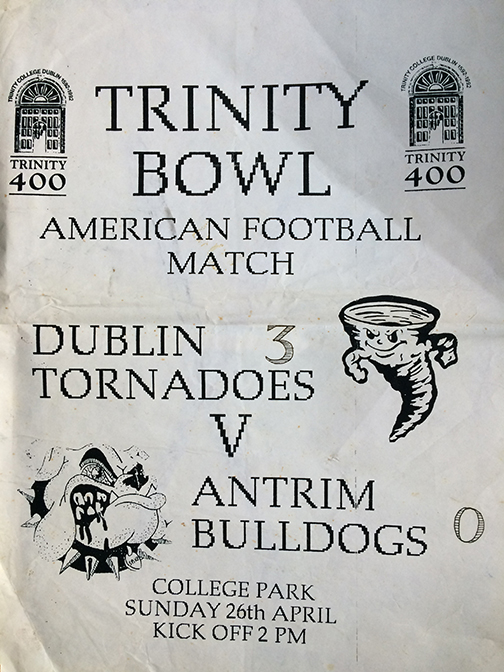 The Trinity Bowl was a pre-season game played in Trinity College Dublin from 1992 to 1995, and although not involving College teams, were the first American Football events played in Universities in Ireland. The first Trinity Bowl was in 1992, and was the first game of American Football ever played in Trinity’s College Park, although an unconfirmed report has a game being played there in the late-19th Century.

Dublin Tornadoes won all four Trinity Bowls versud the Antrim Bulldogs (1992 and 1993), Belfast Spartans (1994) and Dublin Lightning (1995). The first Trinity Bowl was only decided by a last-second Field Goal, the only score of the match, whereas in the other three Bowls the Tornadoes ran out easy winners, by 20 or more points.