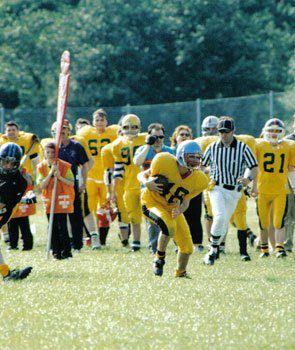 Carrickfergus Knights won their second ever Shamrock Bowl, 22-14 against new team Dublin Tigers, who had been a merger of the Dublin (Gateway) Bulls and a new team called the Tigers who had set up nearby. The two teams could not be separated all year, tying both games with each other and each winning all six other games. The Dublin tigers were awarded the League Championship on Points Scored.

In the Playoffs the Tigers had beaten the Craigavon Cowboys 30-0 and the Carrickfergus Knights had beaten the Greystones Rebels, who had finished third on a 4-4 Won-Loss Record, 40-0 to set up the decider.

The other team in the League was the Queens University Belfast Broncos.

The League was up one team from 1997, with the Dublin Lightning refusing to play under the then American Football Association of Ireland management team (Image Management and Promotions), and being replaced by the Greystones Rebels, and Queens University. Other changes were the Portadown Panthers being replaced by a resurrection of the Craigavon Cowboys in Mid-Ulster and the Dublin Bulls merging with new team the Dublin Tigers (and taking their name). The Belfast Bulls were a seventh team who only played in a 7v7 Blitz along with the Broncos and Carrickfergus Knights.