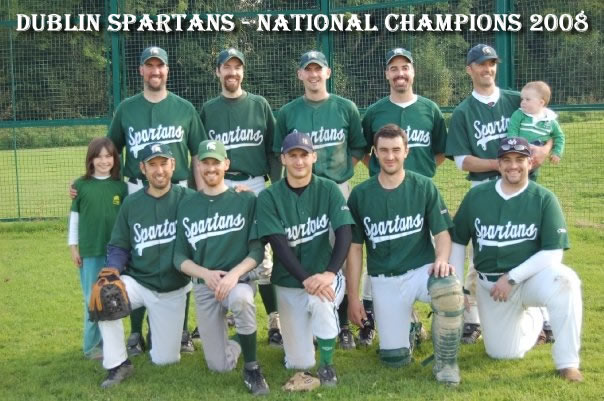 The Dublin Spartans repeated as A League Champions, defeating the Dublin City Hurricanes by two games to nil after also winning the League Pennant with a 12-2 Win-Loss Record. Hurricanes (10-5), Dublin Black Sox (10-5) and Greystones Mariners (7-8) were the other qualifiers for the Playoffs. Dublin City Indios (3-11) and Belfast North Stars (1-14 including 5 forfeits) were the other teams in the League.

The 2008 Baseball Ireland A League was the 12th season of the Irish Baseball League and the 3rd of the A League after the League was split into two levels in 2006. Teams played each other three times for a balanced 15-game schedule with the top four qualifying for the playoffs. There were six teams in the A League as in 2007, with the Dublin City Indios replacing the Twins.