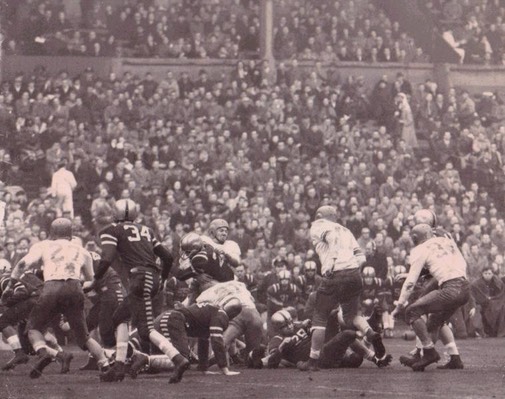 Note: * The 1963 Title was shared between Bitburg Barons and Weathersfield Raiders as the Final was cancelled after the assassination of US President John F. Kennedy.

Note: *1963 Final shared between Weatersfield Raiders and Bitburg Barons after it was cancelled due to the assassination of President John F. Kennedy.

Following the end of the Cold War in the early 1990s, the USAFE Football League was discontinued and the only US Military Football now played in the UK is High School Football at Lakenheath, London Central (High Wycombe), Alconbury & Menwith Hill. [1]

The Ramstein Rams, Alconbury Spartans, Burtonwood Bullets & Weathersfield Raiders all played matches in Ireland, including one at Croke Park in aid of the Irish Red Cross. [12-15]

Thanks to Todd Zboyan & Tim Leadingham.