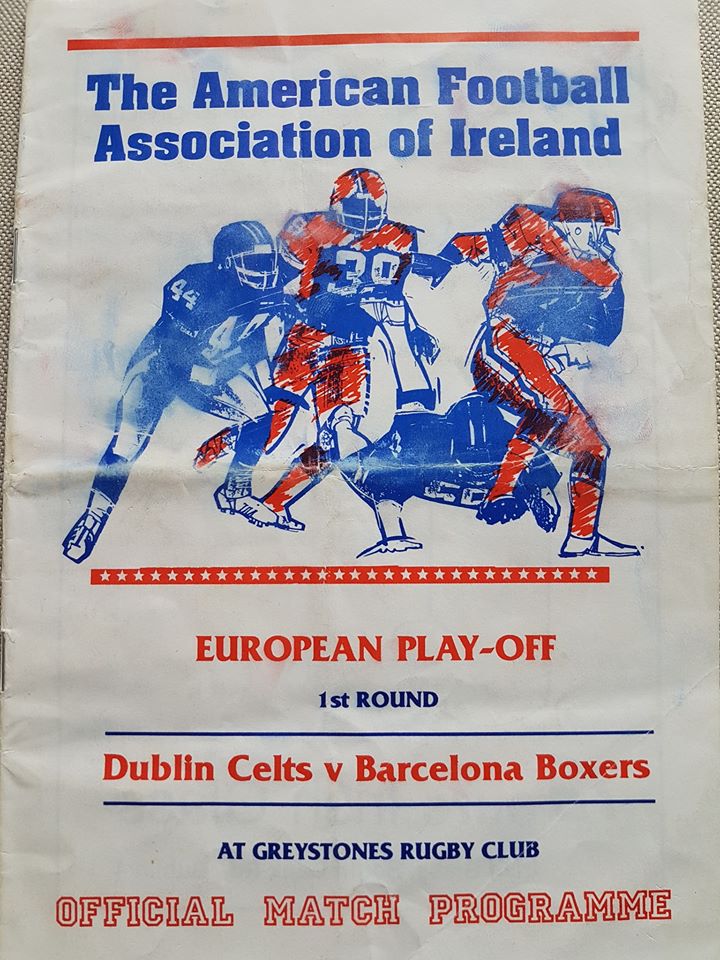 The 1990 season for the Dublin Celts was a mixed one. They did poorly in the NCMMA, the British Second Level, losing all four matches, with another two cancelled, but they also played matches against Irish League teams, beating the Craigavon Cowboys once, and meeting them again in the Shamrock Bowl, the result of which is still disputed.

The highlight, however, was their victory in the Eurobowl over the Barcelona Boxers, the first by an Irish team in European American Football competitions, and in the following round, they went close against the Manchester spartans, one of the top teams in Britain, and indeed Europe, losing in the end only 12-28.

Researched, compilred and written by Enda Mulcahy for the