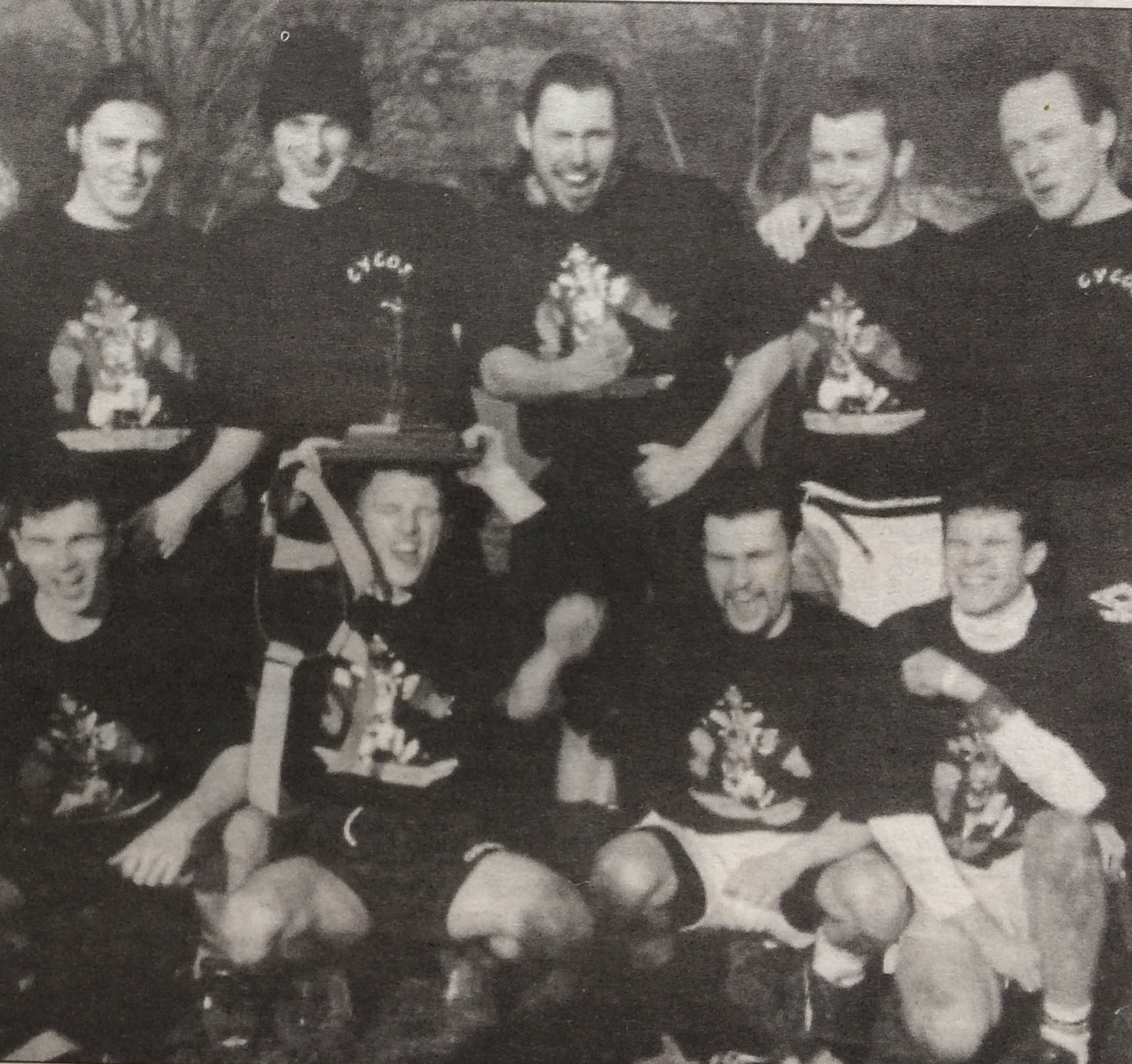 Marlay Hellfire 6 Drimnagh Cycos 12 – Marlay Hellfire went into the Final as huge favourites after an undefeated 12-game season, and having only been beaten once in the Irish League over the previous two-and-a-half-years, however, the Drimnagh Cycos, after an 8-3 season, surprised them in a 12-6 victory. Every player played his part according to Drimnagh spokesman Liam Farrell. [1] Liam Farrell scored both Drimnagh’s Touchdowns and Dave Quinn of Marlay Hellfire was game MVP (Most Valuable Player). [Reference: 4]

Drimnagh Cycos captured the Irish Flag Football championship for 1995-96, shocking undefeated Marlay Hellfire in the Final. Marlay had gone 12-0 during the season, and had only been beaten once in the last two and a half years.

Spokesperson for the Cycos, Liam Farrell, said that everyone played their part in the victory.