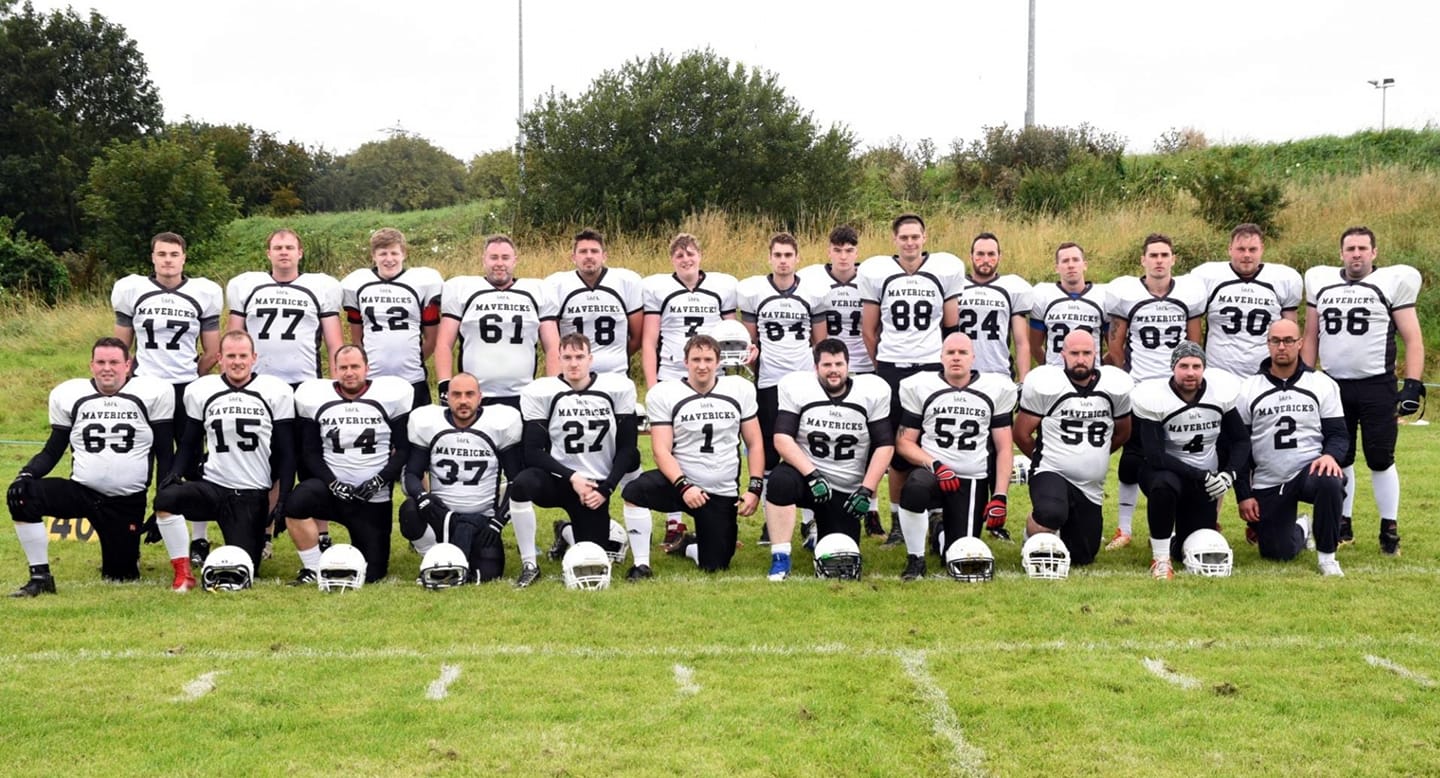 Louth Mavericks won the Irish American Football League 1 Conference Bowl with a close 23-18 victory over Craigavon Cowboys in 2017, earning them promotion to the top flight in Ireland.

The Mavericks had sneaked into the playoffs as the third seed, with a 5-3 Wins-Losses record in the reglular season, then proceeded to defeat the second seed Donegal / Derry Vipers (6-2) 17-15. The Cowboys (7-1) had triumphed 44-37 in a high-scoring encounter with the Wexford Eagles (4-4) in the other Semi-Final.

Westmeath Minotaurs (3-5) and West Dublin Rhinos (3-5) had narrowly missed out on the Playoffs while South Kildare Soldiers struggled to an 0-8 record. For the Mavericks, however, it was the highlight of their journey so far.