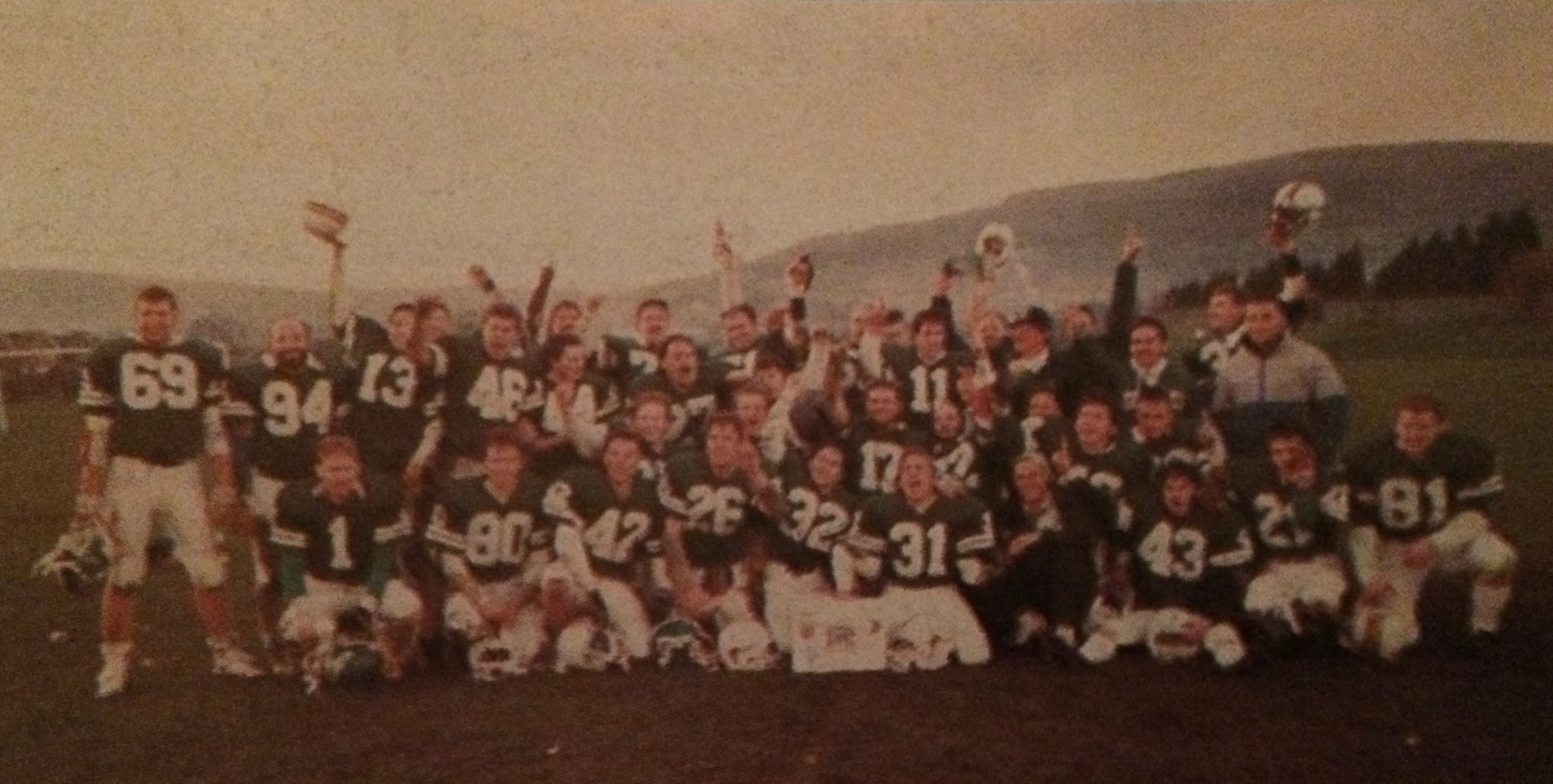 The Dublin Celts survived a scare from the A26 Bulldogs, as a combination of wind, and poor snaps and kicking left the Antrim team a point adrift of the Celtsat the end of Shamrock Bowl IV, played in Musgrave Park, Belfast. The A26 Bulldogs took a 6-0 lead after Dave Elliott and William ‘Demo’ Beattie ran the ball down field after a Celt fumble. However, the Point After Touchdown was missed, which they were to rue at the end of the day. The Celts struck back through Quarterback John Donnelly connecting with Mark Rutherford in the second quarter, to leave them 7-6 ahead at the interval after Jimmie Kelly’s extra-point kick was good.

In the second half the ball changed hands regularly, and with 40 seconds to go, the Bulldogs defense, strong on the day, gave the offence which was out of sorts possession within field goal range, but the kick went wide, sending the Bowl back to Dublin. The Celts defensive unit played tough the entire game, holding the A26 Bulldogs to just 62 yards, including a total of minus-10 yards for the Belfast passing game.

The Dublin Celts won their third Shamrock Bowl in a row, defeating the Belfast A26 Bulldogs 7-6. Both had convincingly won their respective divisions, with the Celts winning all eight matches and the Bulldogs only losing to the Celts. The Celts had won their playoff game with the Giants 19-6, despite reports of the Giants team being stocked with players from the other Northern Ireland teams [Reference: 3] In the Playoffs, the A26 Bulldogs beat the Belfast Spartans 7-0 and the Celts had defeated the NI Giants 19-6. Dublin Tornadoes forfeited all their matches, and the NI Giants, Belfast Spartans and Craigavon Cowboys finished mid-table, with wins over the East Antrim Cougars.

For the 1989 season (the fourth season of the IAFL) the Irish American Football League elected to play in the Combined Gridiron League, which was an attempt to unite the various Independent Leagues of Ireland, England, Scotland and Wales. Teams were placed in an Irish conference in the Duke Premier Division (CGL 2nd Level – 3rd in the Atlantic Isles) and the Baron First Division (CGL 3rd Level – 4th in the Atlantic Isles).

There were Playoffs in each Division, with the two Irish conference winners also playing off in the Shamrock Bowl for the Irish title. Teams played a balanced schedule of two games against each division opponent and once against teams from the other division.

New Teams: Belfast A26 Bulldogs. Belfast Giants returned after a hiatus of one season as the NI Giants.